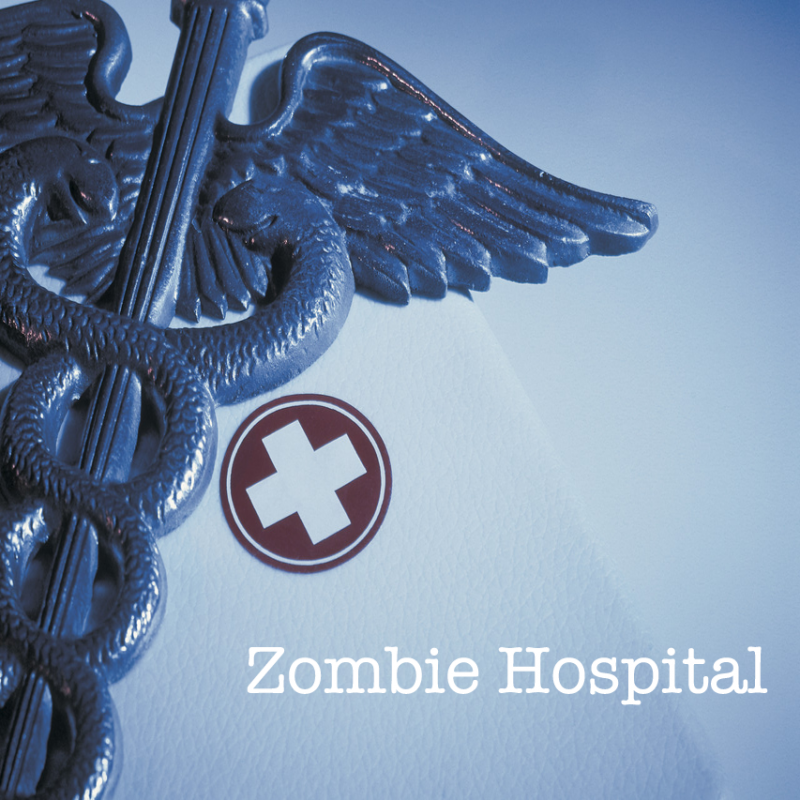 The Story Mix Project was a six-week video series I produced back in 2014, in the early days of Passionate DJ. The idea was to document the construction of a studio mix, which told a literal story, through its music.

The idea was borne out of an earlier project I had completed, called Zombie Hotel. It was a fun excursion for me, because I took a very different approach than what I was used to as a DJ.

For starters, I threw away all ideas of genre. In other words, I disregarded what I was “supposed” to play (based on my typical sound), and simply searched for music that fit the theme. Second, I decided to use the mix to tell (or imply) a story. And finally, I put the mix together “in the box”, using my DAW (software). In other words, it’s a studio production.

Eventually, I decided I wanted to create a sequel called Zombie Hospital. But this time, I’d give my readers an inside look into the entire process. Thus was born The Story Mix Project.

The idea behind Zombie Hospital is not to directly dictate a novel to you, but rather, to provide narrative suggestions through a well thought-out soundtrack.  The story is not laid out for you… the mix simply sets the tone for your imagination to fill in the blanks.

As a passionate DJ who has written quite a bit about the subject, I really like to see DJs thinking outside of the box.  This is my attempt at doing that; to create something unique and compelling.  I want to give you a reason to check this out, instead of adding to the already massive sea of functional, but uninspired, mixes.  And, hey, I like zombies.  So, why not?

I’ve pulled the audio from many different sources.  This is not only music, but music layered with suggestive audio cues, added sound effects, and just a touch of spoken word dialogue (but not enough to tell the story for you… that’s what your imagination is for!)

The Making of Zombie Hospital

The first week was simply me explaining the entire concept of the project. This article now takes the place of that intro.

Week two is all about scouring for music to use to help us tell our story. Finding the music can be both tedious and rewarding, and requires much more time than the 40 minutes or so that you see in this video. I spent all week (and some of last week) finding what I did, trying different searches/methods, and listening to clips. Finding music for a mix is all about your mindset, and your ability to process the music you hear in your head within a certain context.

This week we focus on taking some of the tracks we found during week 2, and begin putting them in order and transitioning the songs. We go over volume envelopes, automation, filtering, and more. In the second half of the video, I actually do an edit of one of the tracks where I wanted to slice out some vocal parts. You’ll see how to do these edits so that everything stays in time, and how to smooth these edits so that they sound intentional.

Week 4 is when we begin focusing on sound effects.  This is what makes this sort of mix unique and fun!  We will be using some of the same editing methods that we used in the last video, only at a much more “micro” level.  We build entire scenes made out of a handful of sound effects in order to help tell our story.  Finally, we also talk about adding effects… that is, things like reverb, delay, etc.  This can be done either to stylize the mix, or to make the added sounds fit better in the mixdown.

Week 5: Bringing the Story Together

During week 5 of the project, I’ll essentially be working on the same thing I have been working on up to this point: putting the entire mix together.  Once you get to a certain point, it’s all about grinding out that last 20% that gets you 80% of results. So, since this is essentially a “labor week”, this video is a little different than previous ones. I’m giving you a preview of some “scenes” from the mix, so that you can hear some of the pieces I’ve built so far.

Woohoo… it’s time for the last step! This week we focus on getting the mix prepared for it’s final listening destination. Personally, I’m putting the mix on a CD (to give out at local Halloween parties) as well as a digital download package. I make sure the mix sounds even and “glued together”, get it broken into individual tracks, and do a few final tweaks. Next week, the full mix goes live!

Over the past month and a half, we’ve been building a story-telling studio mix called “Zombie Hospital”. I’m proud to announce that the project is complete, and you can now download the full mix to hear the end result! This was a lot of work, and took a lot of time (and I even ran into a few blunders… check the video below to hear one of them). But overall, it has paid off and I have a pretty cool soundtrack for people to use for their Halloween parties.

A super huge “thank you” to everyone who has been following along while I built this, and made comments along the way. You guys rock!

I would love to know what you think. This mix is a little different, and won’t be for everybody. Regardless, I welcome your feedback! Please post a comment below if the Story Mix Project helped you in any way. I would love to continue doing tutorials and improving them.